Self bias comes from voltage drop of a cathode resistor, in case of minor gas inside glass envelope, the slightly plate current increasing will lead to negative bias increasing so that this is a self protection to prevent over current. See picture below, an example of cathode resistor bias(348 ohm, -34V). 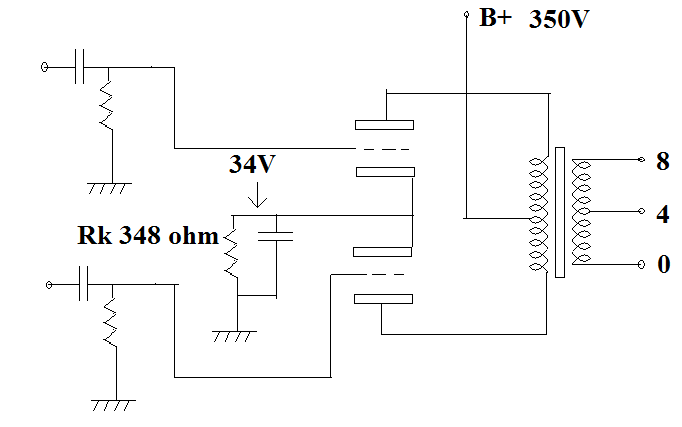 Example of Self Bias

Fixed bias comes from a negative voltage power supply so that cathode resistor is not necessary. If gas is inside it will lead to plate current drift (increase) but the bias is constant, the over heat effect will further increase plate current and so on. Eventually red hot plate comes (thermal run away). See picture below, an example of fixed bias. (Cathode grounded)