Terry’s DIY Tube Amp Pages – My name is Terry, electronics have been my hobby for many years. I built my first crystal radio when I was in grade 5, with 1N34A diode and hand wounded coil on a plastic bottle, played with a spider antenna and crystal ear plug, often listened to few stations mixed together.

I made my first 6V6 6SN7 5Y3 tube amp in late 1960’s, played with crystal cartridge and self built speaker cabinets. Sound quality was just ok but I enjoyed a lot, later also tried the 6BQ5 and 12AU7 amp.

Finally I go with tube amplifiers because of the excellent sound quality.

In 1979 I achieved the Full Technological Certificate Award in Electronics and Radio Telecommunications from City and Guilds of London Institute, which was incorporated in UK from 1878, and this award is widely recognized by the electronic industry.

In 1979 I also finished the Electrical Engineering in Hong Kong Polytechnic.

I am a baby boomer, watching the rapid changes in electronic industry for the past few decades. It was a long story to tell. Now I keep continue to explore the world of tube amplifier from the lost horizon. I would like to futher develope tube amplifier experience by projects and experiments.

Thank you for sharing my story. 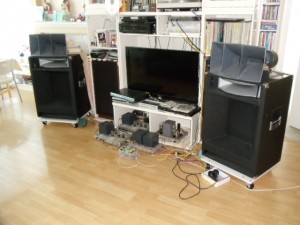